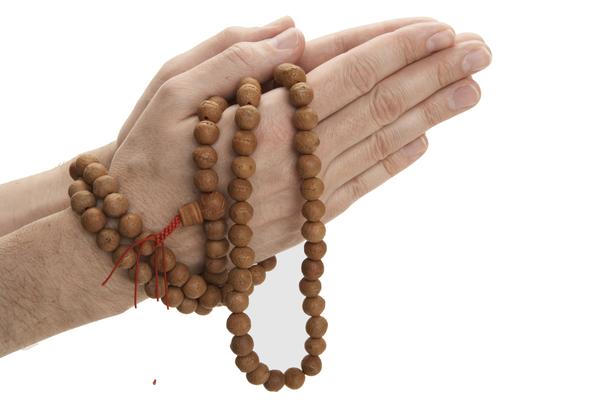 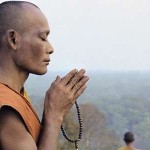 In their letters, both Mark and Matthew gives the foundation of successful praying as ‘Ask Believe Receive’. Ask with absolute clarity in your desire; With absolute faith, believing with all your heart that your desire will manifest and prepare for what you ask for.

There is a story of Moses traveling with his teacher Khidr when they stopped to pray for food. While building a fire to cook the food he had received in answer to his prayer, Moses saw that Khidr was already eating.

“Why didn’t you pray for a nicely cooked meal?” said Khidr, “You need to work on your belief.”

In the Old Testament Hannah mingled tears with her prayers as she prayed for a son. She described that she: “… poured out my soul before the Lord … [and] out of the abundance of my complaint and grief have I spoken…” and then that, after praying, “… her countenance was no more sad.” 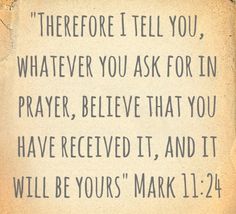 Faith means being able to completely know that living by spiritual principals will support our lives, even in the material world. Because we are deeply rooted in truth, grounded on our eternity, we don’t have to worry about the material world; it will take care of itself. In it’s most expanded aspect, faith is the full and openly acknowledged awareness that there is essentially no seperation between us and God – the eternal Self.

For many people the barrier to faith is the fear of letting go their attachments to outcomes and possessions. It is the letting go of the attachment, not possessions, that is important. Paradoxically the only thing you lose is your limitations, and life becomes abundant. A mater of cause and effect.

One could easily argue that there is little point in prayer if you have no faith. Prayer is considered by some as a desperate persons last resort. Like preaching to the converted, it is generally only those blindly following a religious precept that believe in it, and those that have experienced the strength and comfort of prayer that more fully understand it.

In the West the practice of calling on our ancestors is considered non-religious and only for those following shamanic practices. The East speaks of lineage (a succession of teachers and students coming from a common spiritual teacher), a golden thread – a heavenly hierarchy of teachers and divine beings reaching from those nearest us (our spiritual teachers and predecessors), the saints ascended masters and patriarchs, and on up to the ultimate creator … the brightest of bright.

The Golden Thread is described as: ‘… a line of patriarchs who are the primary enlightening masters responsible for transmitting Tao (the way) …’

This story illustrates the difference and the wisdom of calling on your Golden Lineage to hear your prayers.

Two brothers were preparing for bed after tying up their horses for the night. When they awoke in the morning one horse was gone.
The brother who’s horse was missing said to his brother, “I surrendered and prayed to God that our horses would be safe, but look my horse is gone.”

“You made a mistake,” the brother replied, “I called on my spiritual master to protect my horse. He has only myself and a few other cultivators to take care of. God has many people to care for and a lot of things to do. The thief, who maybe prayed asking for a horse, too belongs to God.”